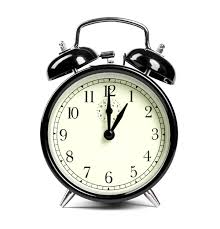 As a young boy, his mother brought him to church. His father didn’t attend with them. The boy soon outgrew church, trading it in for the outdoors. He hunted, trapped, and fished. Later still, he and my mom raised four daughters, and he attended church with the family only for baptisms and weddings.

He guided my sisters and me to do right and avoid wrong. But he never talked about God except a few times when he challenged my adult faith. I wonder. Was he trying to disprove God to let himself off the hook? Did he think he wasn’t good enough for a holy God?

Or maybe my father believed in God but felt he didn’t need his help. The independent American man. Dad seemed to get along without God, depending on his own skills to do what needed done.

But I can’t ask him now. Dad was diagnosed with Alzheimer’s about three years ago. He still lives home with my mom and, most days, does okay. When his mind started deteriorating, I worried about where he’d spend eternity. Conversations didn’t get very far because he couldn’t understand. He’d respond with a story about work or a possible hallucination.

It was like I’d run into a dead-end street.

Last week, the doctor diagnosed him with bladder cancer. We don’t know which stage or what his long-term prognosis is yet. But we do know time is running out. Time to live. Time to ask. Time to die.

The moment fast approaches his decision. Where he’ll live for eternity teeters between a nod or a shake of my father’s head. The head with Alzheimer’s.

How do we, his family, offer him another chance to believe he needs Jesus now? Or is it even possible to get past his muddled brain to his heart?

Like I said, we’ve tried. His brain is like a mosaic with too many pieces missing. Memories. Years. People. He doesn’t know who we are at times or recognize the home he’s lived in for the past forty-seven years.

But God can do the impossible. Even though my dad isn’t the husband, father, or man we knew, God hasn’t changed. God deals in miracles yesterday, today, and forever. He knows my father’s situation. He wants him in Heaven. And He can do all things.

Only by God’s grace will Dad ever understand the truth through his jumbled brain. God alone can clear his mind for a lucid moment. I pray for that, and I hope to see the opportunity God offers him. I’ll try to be the instrument, but however it comes, I trust that God will “stand at the door and knock” again on my dad’s heart.

Because it’s never too late with God.